Born in Ravenna, Italy, in 1974, Danilo Bonazza was immediately drawn to and inspired by the art and mosaics for which his city is famous. At a young age, he attended various art classes where he began to combine his love of drawing with the art of tiling and mosaics.

His passion for creating these works eventually led to his participation in an adult drawing competition, and at twelve, he began to make a reputation in his home town, Marina di Ravenna. Upon graduation, Danilo pursued various career paths, quickly realizing that creating something with his hands was not only a desire but a necessity. He began working in construction and tile installation as a means of monetary support while pursuing his art and his goal of creating his own business as a mosaic artist.

– Bologna Prize for Art in 1998, with “Cielo e vertigine” ( Sky and vertigoes) a mix of painting and mosaic in 3D.

Now, 20 years later, Danilo has become one of the most sought after mosaic artists in the world thanks to his impeccable eye for design and insatiable drive for perfect.  Celebrities, luxury commercial properties and astute art collectors all agree… Danilo Bonazza is an exceptional artistic talent who can delivery incomparable results. 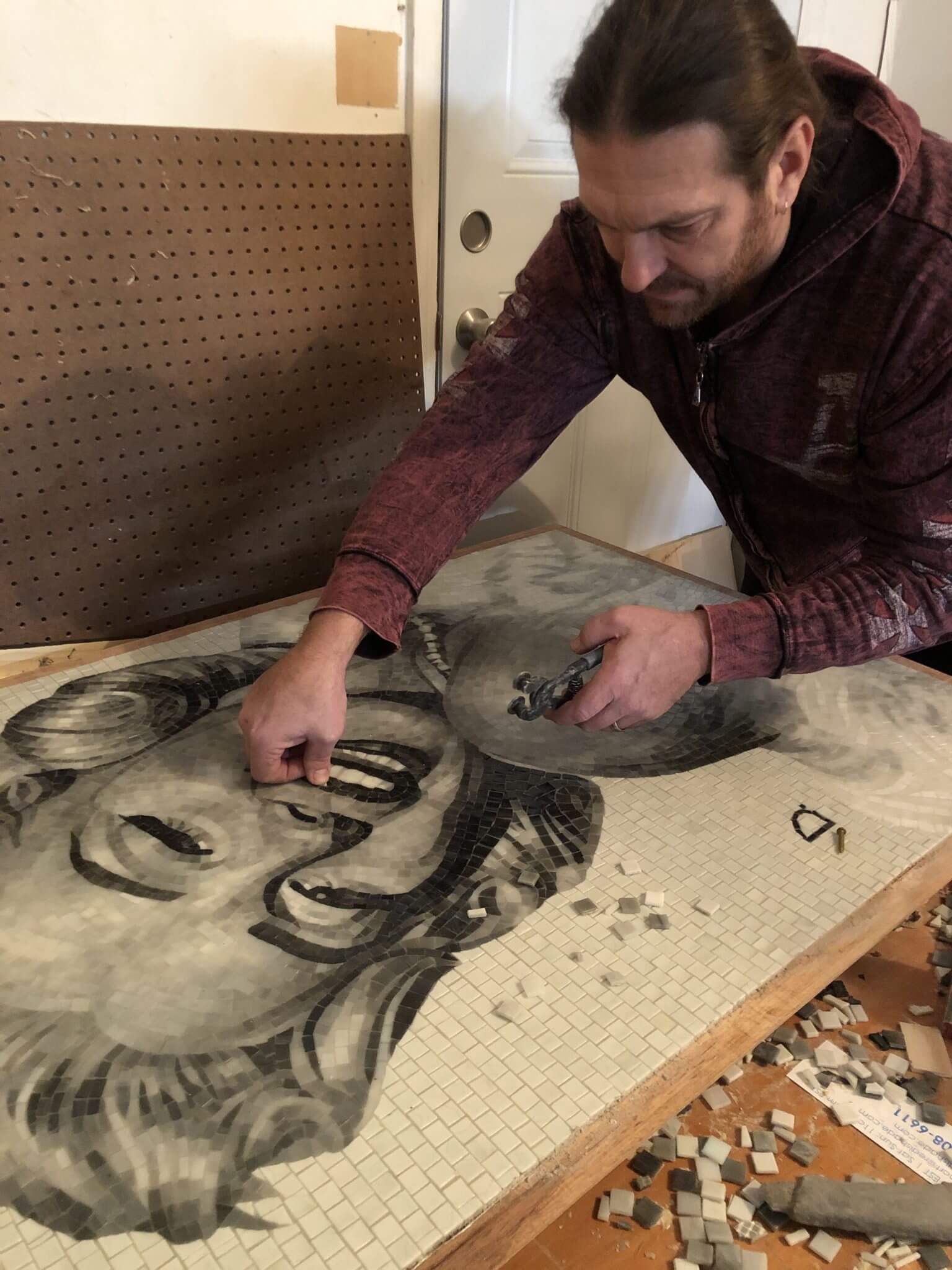 Realizing it was time to manifest his dream, Danilo traveled to Dusseldorf to participate in The World Tile Installation Competition in 2001. He took first place in quality and innovation, hand-crafting insertions of different stones in tiles and installing them in walls and floors, and he also won the same competition in 2002.

Moving toward the direction of mosaics, he began marketing his work to the public and installing mosaics in bathrooms and spas when it was rarely considered used in that genre. Consequently, he was sought to install two pools in the spas of the Grand Hotel in Gstaad, Switzerland, after which Danilo made the pivotal decision to work only with mosaics (artistic and installation), separating himself and demonstrating the particular skill set and expertise needed for this art form.

With this resurgence in mosaics, Sicis was positioned to expand, and in 2006, called upon Danilo to install the largest and most significant showroom for mosaics to date, The Sicis Showroom in New York City.

Danilo accepted the offer, and after extensive preparation in Italy, traveled to New York where he met Mariel, his future wife. He then decided to relocate to the U.S., expanding his expertise over two continents, creating his company, Art and Mosaics, in 2008. Based out of New York City, he has traveled extensively throughout the U.S., installing mosaics in both residential and commercial spaces. Most recently, he supervised the entire mosaic installation at the Encore Hotel in Las Vegas. 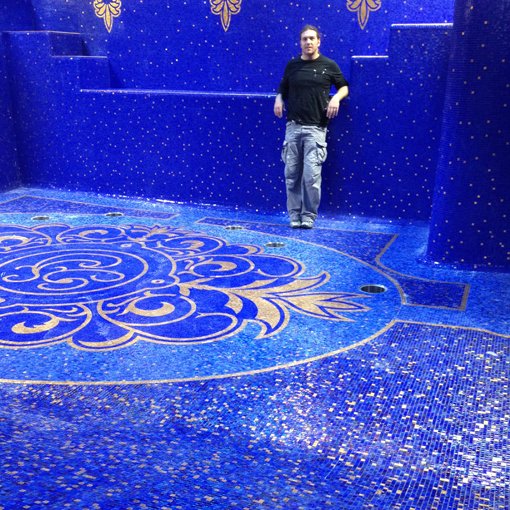 “Every single one of my creation is unique, just like the person that is created for.”